When Hurricane Matthew struck Jacksonville in October of 2016, Huguenot Memorial Park was not immune from its impacts. The proximity of the existing access road to the St. Johns river led to extreme damage, rendering it unsafe and unusable. This prompted the City of Jacksonville to take action; they shut down the campgrounds for nearly two years and called for new roadway design at Huguenot. The Prosser team of Will Lyon, Ben Combs, Paul Moss, and Rich Palmisano then designed and permitted the new patron road leading to the beach access and campsites. It continues to run adjacent to the river, but further inland so that it is located centrally within the park, and added 16 new campsites along the way to meet the maximum allowed of 72 total. Preserved bluffs line the new road, which Ben incorporated into the design to maintain the same level of privacy the campsites were known for. Apart from the major roadway reconstruction, signing and pavement markings, landscape architecture, widening, drainage and permitting, Prosser was also responsible for coordinating the signing and pavement markings, design and control survey, soil exploration, geotechnical classifications, landscape architecture, and environmental processes.  To sustain functionality during peak season, the project schedule was accelerated, and was completed in totality last December (2018). 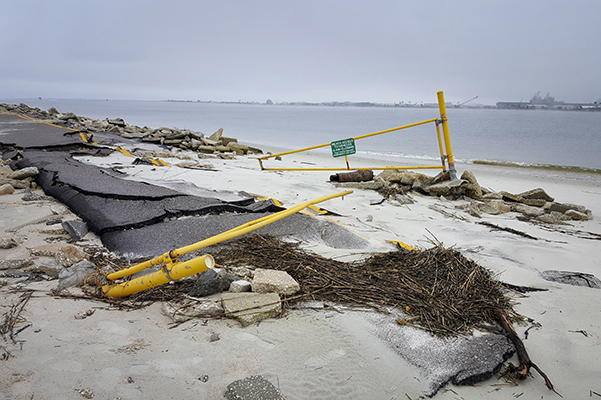 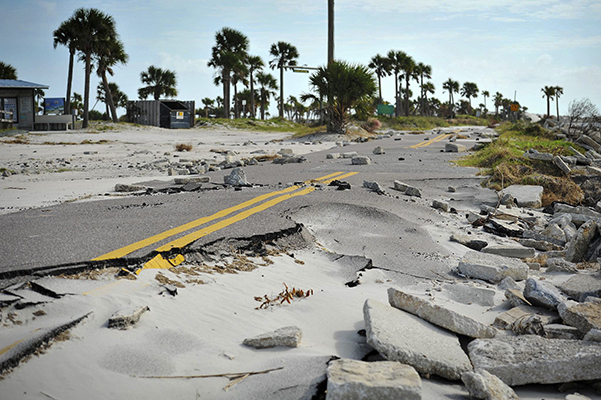 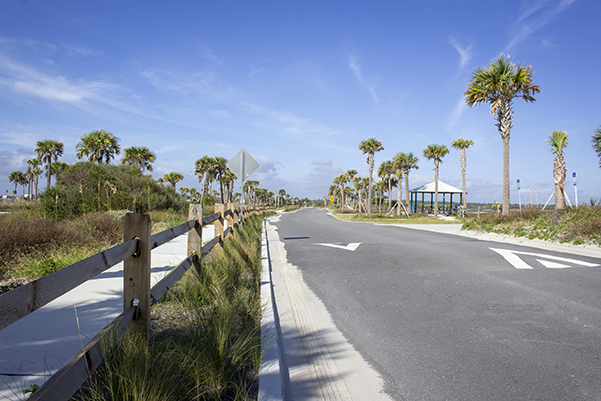 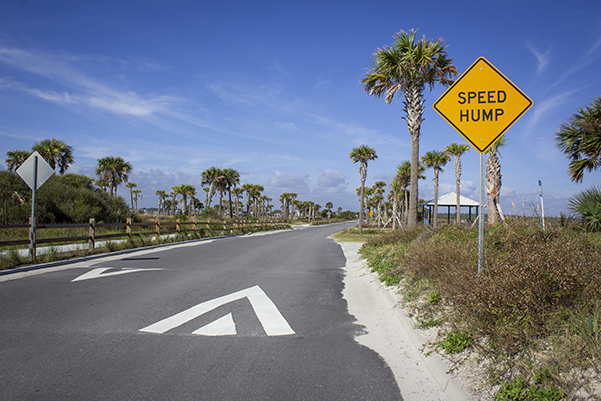 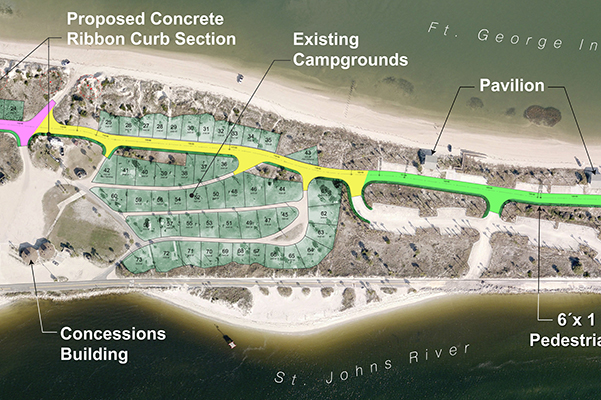