Through the consolidated update of three downtown redevelopment plans, and refinement of competing visions into a cohesive and practical new one, Prosser helped citizens and civic leaders designate and prioritize streetscape enhancement areas and focus on the city’s interaction on multiple spatial scales. The goal is to broaden downtown’s appeal to promote and foster a successful urban center. The BID document serves as a market-driven guide for policy considerations in shaping downtown Jacksonville’s economic growth.

The BID plan is a strategic action plan that shapes the design, implements public infrastructure improvements and supports other private sector, market-based revitalization initiatives. It offers the private sector some assurance of what the end game is for downtown, no longer shifting with every local election. All projects are benchmarked annually allowing for a codified, community-adopted vision, with the flexibility of implementation of an action plan. 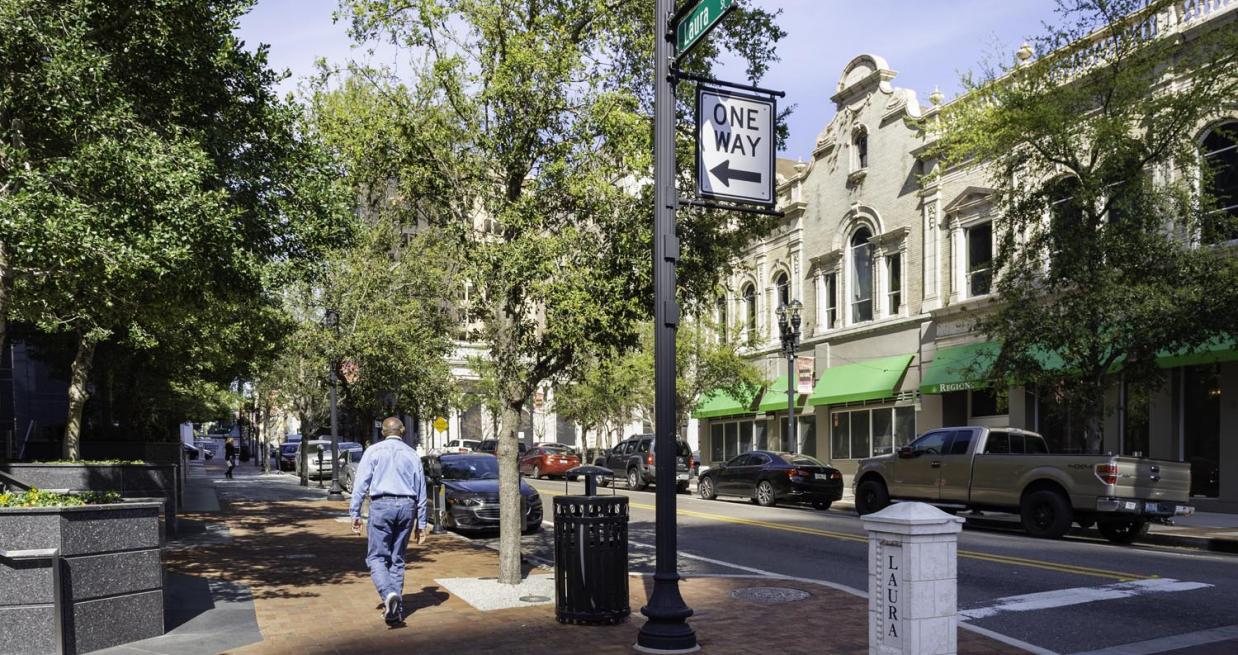